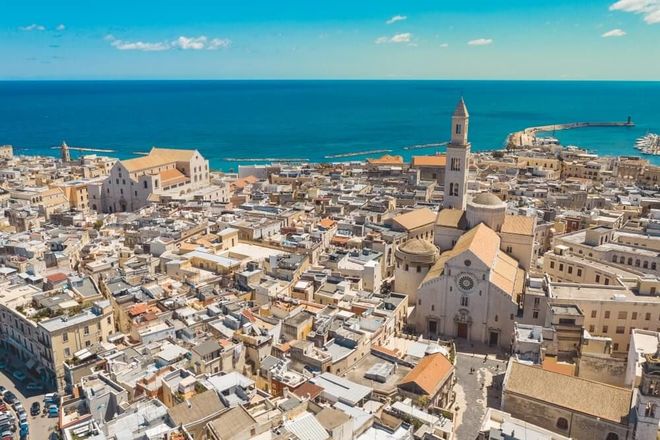 The Roman Catholic church still plays an important role in Italy and has a strong influence on the country’s social structures. Family ties tend to be much stronger here than in many other European countries.

Casual clothing is common, but beachwear belongs on the beach. Appropriate clothing is expected when entering a church. Written invitations generally indicate whether a suit or a tuxedo/evening gown is required.

Smoking is prohibited in all public buildings and on public transportation in Italy, as well as in movie theaters, restaurants and bars. Bars and restaurants are permitted to set up smoking areas, however.

Tipping is not common in restaurants. Service charges, VAT and tourist tax are included in hotel bills. However, a tip of around €5 per week for chambermaids is customary. Restaurant bills generally include a standard charge for the tableware and bread (pane e coperto). Particularly satisfied customers are welcome to leave an additional tip on the table. Tipping is not expected in taxis, either.

Since June 2017, EU citizens traveling within the EU, and also in Iceland, Norway and Liechtenstein have been able to use their cell phones and surf the Net without incurring any extra charges: In other words, customers pay the same price for phone calls, text messages and data volume as they do at home. Restrictions do apply to the constant use of SIM cards abroad, however, and caps may be set on data packages. For full details, contact your mobile telephony provider in your country. Travelers using a SIM card from a non-EU state do not benefit from the new arrangement.

Free Internet access via Wi-Fi is possible in many busy tourist spots. When using public Wi-Fi networks, it is a wise precaution to ensure encryption of all passwords, credit card details and banking TANs entered. Use of a VPN app or security software to check the safety of a hotspot is recommended.

In Italy the power plugs and sockets are of type F and L. The standard voltage is 230 V and the standard frequency is 50 Hz.

Opening hours vary throughout the year. We've provided high-season hours, which are generally in use over summer. Summer refers to the period between April and September (or October); winter is October (or November) to March.

Shops 9am–1pm and 3.30pm–7.30pm (or 4pm to 8pm) Monday to Saturday. In main cities some shops stay open at lunchtime and on Sunday mornings. Some shops close Monday mornings.

The water may be safe to drink in Bari, Italy

Why? The water is chlorinated, so local people can drink water from the tap with no problems. However, there are some small strains of local E. coli present in the water, which may cause diarrhea to new visitors. While your body develops immunity, bottled water is recommended for the first few weeks.

The climate of Bari is Mediterranean, with mild, relatively rainy winters and hot, sunny summers. The city is located in southern Italy, on the coast of the Adriatic Sea, and is the capital of the Puglia region. Although the climate is generally mild, during the winter, there can be cold days when the winds blow from Eastern Europe, and sometimes it can even snow. In summer, on the other hand, it can get very hot when the sirocco blows from Africa, and the temperature can reach and exceed 40 °C (104 °F). The average temperature of the coldest month (March) is of 6.3 °C (43 °F), that of the warmest month (August) is of 24.3 °C (76 °F). Here are the average temperatures.